The lecture will concentrate on two former colonies of Spain, the northernmost frontier of Nueva España, New Mexico, and the farthest away from the mainland, The Philippine Islands.While many of today’s celebrations show similarities, each celebration is also imbued with local tradition and lore. In some regions sacred ceremonies are private and closed off to outsiders while in other regions rituals are conducted in full public display.

Nicolasa Chávez, a fourteenth-generation New Mexican, is Curator of Latino/Hispano/Spanish Colonial Collections at the Museum of International Folk Art. She received her master ́s degree in history with a concentration in Iberian Studies at the University of New Mexico. She is the co-curator of the recent exhibition Música Buena: Hispano Folk Music of New Mexico with maestro Cipriano Vigil. She also curated Flamenco: From Spain to New Mexico and is the author of the accompanying publication The Spirit of Flamenco: From Spain to New Mexico. Her interest in Semana Santa traditions was sparked when she experienced Semana Santa in Sevilla, Spain, while living abroad. 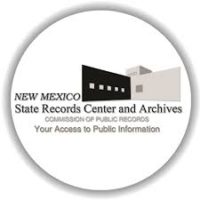