Nacha Mendez combines storytelling, music, and song in a journey through her personal experience that speaks to her Latin blood, Native American history, and experience as an artist throughout Europe. Mendez grew up in the small border town of La Union in southern New Mexico, where she began singing and playing guitar at an early age. She learned traditional ranchera singing from her grandmother and performed in border towns near El Paso.

She studied classical voice and electronic music at New Mexico State University before moving to New York, where she studied flamenco guitar with Manuel Granados of the Conservatory of Music in Barcelona, Spain. In the early 1990s, she was a lead singer with Robert Ashley’s opera company, touring Europe and Japan, and has also collaborated with celebrated composer Steve Peters.

She has received an award from the National Endowment for the Arts, and has been honored by the New Mexico Committee of the National Museum of Women Artists, voted Best Female Vocalist in Santa Fe, New Mexico in 2009 and 2010, and awarded Best Latin Production at the New Mexico Music Awards.

This concert is part of the first Festival Oralidad, presented by Instituto Cervantes and the National Hispanic Cultural Center, with the collaboration of AMP Concerts and the support of the New Mexico Humanities Council, on November 18, 20, and 22, 2021. The festival combines workshops, lectures, panel discussions, storytelling performances, and musical performances connected to the oral tradition and storytelling; most events are free to the public.

Approximate time of event: 1.5 hours.  One set, no intermission.

This concert will require either a proof of vaccination completed at least 14 days prior to the event or a negative COVID test administered by a health care professional within 72 hours of the event.  Originals or photos of documents with a matching ID will be accepted.  Masks are also required while inside the NHCC.

With the support of: 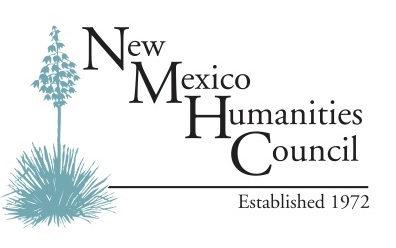