Día de los Muertos is observed on November 1st and 2nd in many countries across Latin American. The celebration is the result of a blending of Catholic Spanish traditions with Indigenous customs and beliefs. It is believed that on Día de los Muertos the veil between the spirit world and real world is lifted long enough for the souls of the deceased to reunite with their families and friends. Those who celebrate Día de los Muertos welcome home the spirits of lost loved ones with music, food, offerings, and other colorful visuals traditions that vary from country to country and region to region.

In honor of Día de los Muertos, we have developed a series of lesson plans that celebrate several of the visual traditions unique to this colorful Latin American holiday. Join us in making a tapete de arena like the ones found in Oaxaca, México, in crafting a barrilete inspired by the giant kites that soar over the cities of Santiago Sacatepéquez and Sumpango, Guatemala, or in designing a myth-based costume worthy of La Calabiuza in Tonacatapeque, El Salvador. Although celebrated at the same time of year, Día de los Muertos is not Latin American Halloween; it is a time for remembering lost loved ones and for honoring Latin American history and culture. 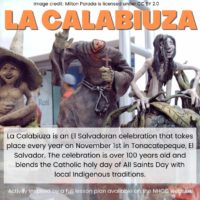 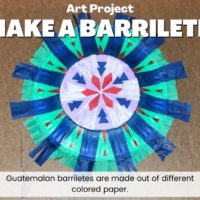 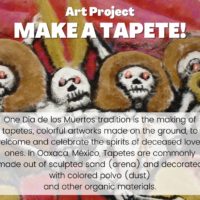 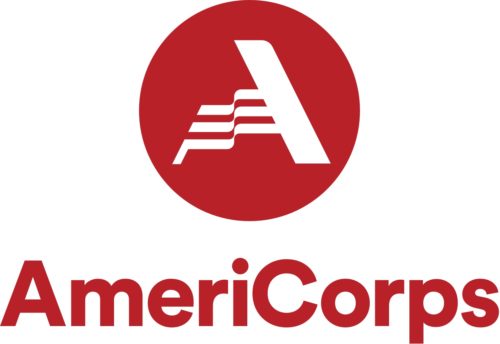