Mari-Luci Jaramillo: First Latina Ambassador of the US (KUNM)

DCA Educates! gives teachers an opportunity to supplement lesson plans by inviting an educator from DCA into their virtual classrooms. HLA is visiting classes with enthusiastic results:

“Thank you so much…I know my students loved it…It really did feel like a virtual tour, like we were entering the center, viewing different areas and exhibits, getting a personal tour, and leaving.”  –Gladys A. Delgado Ordonez, Sanchez Collaborative Community School, after a visit from HLA to her 8th grade class.

The NHCC Library holds over 13,700 titles. We have a large Latinx poetry collection of over 700 titles; children’s bilingual books; popular novels by Latinx authors; history books and materials encompassing the US Southwest, Central and South America, the Caribbean, and the Iberian Peninsula. We also hold numerous volumes of literature from the international Hispanic diaspora.

NHCC Members are able to check out books from the NHCC Library.
– Learn more about becoming a NHCC Member.

Girls Who Code: code at home activities, including digital storytelling

Coming Summer 2020
“¡Mira! Nuestra Arquitectura: An Architectural Journey”
An architectural history of the NHCC in celebration of our 20th anniversary. 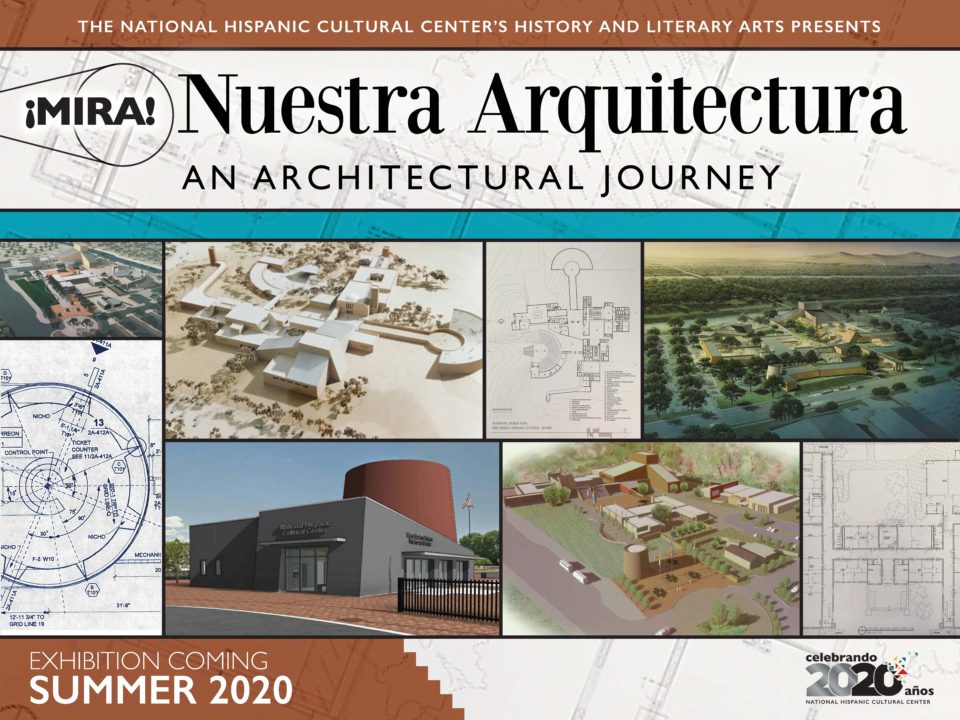 Online from the Smithsonian
Bittersweet Harvest: The Bracero Program, 1942-1964 Poster Exhibition
(Note: NHCC-HLA exhibited “Braceros: Photographed by the Hermanos Mayo”, January- June 2019) This exhibit explores the little-known story of the Bracero Program, the largest guest worker program in U.S. history. Between 1942 and 1964, millions of Mexican men came to the U.S. on short-term labor contracts.

Woman of the Week – from “El Voto Femenino”

Paz Juana Plácida Adela Rafaela Zamudio Rivero, also known as Adela Zamudio, was a Bolivian poet, feminist, and educator. She is considered the most famous Bolivian poet, and is credited as founding the country’s feminist movement.

Her poetry and fiction dealt primarily with the social struggles of Bolivia, often with a romantic feeling invoked towards revolution. Non-religious, her writing was highly intellectual. She published her first poem, Two Roses, when she was 15, but did not publish her first book until 20 years later. In 1926 she was awarded the Bolivian Crown of Distinction award. Her pseudonym, Soledad, was used to reflect her often lonely and misunderstood self, who sought to escape conservative Bolivian society. Her work, Quo Vadis, caused a stir amongst upper class women and clerics, and animosity towards her work increased. Her struggles with religion caused her to choose to no longer teach religion at the school she directed, and the League of Catholic Women publicly condemned her.

Zamudio also wrote articles for publications and newspapers, promoting democratic reforms and women’s rights, including the legalization of divorce.

Her birthday, October 11, is celebrated in Bolivia as the “Day of Bolivian Women.” Zamudio is a featured figure on Judy Chicago’s installation piece The Dinner Party, being represented as one of the 999 names on the Heritage Floor.

Meets in the Library from 5:30 pm-7 pm the 4th Thursday of the month.
All are welcome!

Palabras Bravas
A podcast for intermediate to advanced Spanish language learners looking for a place to master Spanish.

Latinos who Lunch
Favyfav and Babelito engage in conversations about everything from pop culture to art and identity politics.

In the Thick with Maria and Julio
Journalists of color tell you what you’re missing from the mainstream news with conversations about race, identity, and politics few people are discussing or want to discuss.

Latina to Latina
Alicia Menendez and her guests take on the challenges of existing, and then thriving, as Latinas.

Locatora Radio [A Radiophonic Novela]
An independent multimedia production company committed to archiving and celebrating the brilliance of womxn of color through podcasting, film making, educational workshops, and live events.

Tamarindo
A lighthearted show where hosts discuss politics, pop culture, and how to balance it all con calma, hosted by Brenda Gonzalez and Ana Sheila Victorino.

Wait, Hold Up!
A lifestyle podcast where Yarel Ramos and Jessica Molina talk careers, spirituality, self-care, personal improvement and so much more!

Latinos Out Loud
A weekly podcast hosted by sketch comedians with each episode presenting listeners with a slew of funny voices, jokes on everything from our personal lives to pop culture, uplifting and empowering stories, and more.

Beat Latino
A podcast that celebrates a different facet of the extraordinary diversity of the Latin & Latino musical universe.